Secret in the Pacific, the Christmas Island


Do you want to book cheap?

We track the best offers from agencies and airlines

The Pacific Ocean hosts infinite secrets, among which is a small island with a curious name, which is the Christmas Island, considered a wonderful treasure and excellent tourist destination.

The Christmas Island, is located in the north of Ecuador, in the center of the Pacific Ocean and its name in the native language is Kirimati. It is part of the Republic of Kiribati which is made up of 32 atolls.

This island owes its striking name to its discovery date since Captain Cook arrived on this island on December 24, 1977.

This natural wonder owes its fame to be considered as the largest atoll in the world and has a population of at least five thousand inhabitants.

This island, has an area of 642km2 and as a curious fact, its populations have characteristic names such as London and Poland. London being its main population and the place where the port is located.

This island stands out for its stunning landscapes and natural wonders. It has beaches with crystal clear waters and white sands, which allows them to be considered one of the best beaches in the world.

Its inhabitants maintain the simplicity of their lifestyle so that they have even rejected tourist projects to intervene on the island. The people who inhabit the island Kirimati, value the tranquility and peace that nature gives.

The inhabitants of this island have also strived to maintain their traditions, so the celebrations of Christmas and New Year are very special moments and it is an excellent option to visit the island at this time.

Similarly, the houses of the island and its structures are made with local materials and are decorated with bright tropical colors that reflect the joy and uncomplicated lifestyle of its inhabitants.

In this sense, this island of the Pacific is an ideal place to get away from the hustle and bustle of big cities. This is why Kirimati Island has been defined by those who visit it as a natural paradise on earth.

As for its fauna, this island has an impressive animal diversity among which are a large number of birds and an extensive variety of marine species that inhabit its coral reef.

This secret of the Pacific is ideal for those adventurers and passionate explorers, it is excellent for the practice of extreme sports such as diving and snorkeling. At the same time it is also a perfect tourist destination for those seeking peace and quiet. 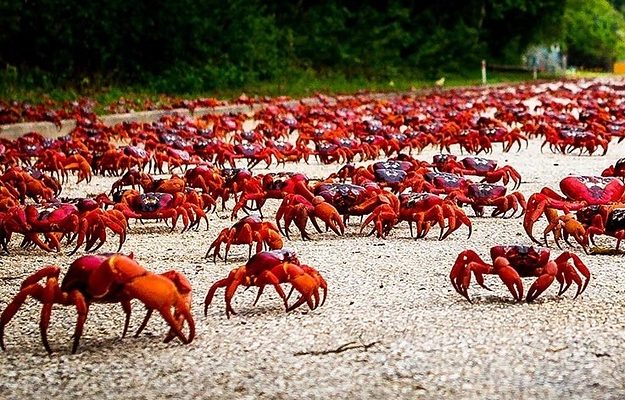 Also, this island has a vegetation made up of both native plants and other species introduced by foreigners, among which the extensive coconut trees stand out.

The Christmas Island is then, a perfect place to visit, relax and enjoy the scenery, crystal clear beaches, contact with nature, friendly and helpful people and the best sunsets of the Pacific.